We were back in action Saturday for Round 2 of the 2021 Canadian Triple Crown Series Supercross at Gopher Dunes. They made a few changes to the flow of the track and every rider I spoke with said they thought the track was better for Saturday.

Being as they are also running an amateur program throughout the day, there were definitely two separate parts to the track. There were different rhythm options that saw some of the more experienced indoor riders hitting things that others were simply unable to pull the trigger on.

Case in point, #1 Cole Thompson decided to uncork the triple double out of the right-hand corner past the mechanics area during practice on Saturday. I didn’t see it happen, but he was the only rider to give it a shot and I asked him at the end of the day if he did it again and he gave a pretty emphatic, “No!“

Cole could also butter the triple triple “quad” section every lap. He pointed to just how much testing he was able to do compared to what most of our riders were likely able to do, and it was obvious during the races.

If you were there on the hill, I don’t have to tell you just how humid it was this weekend. It was an oppressive heat and made it hard to think of anything other than the sweat pooling in places you didn’t want to talk about. It was really bad.

Many people thought ahead and brought along a pair of board shorts to take advantage of the pond that saw a lot of action. I’ll bring along a pH test kit this coming weekend…

Let’s have a closer look at the racing and point out some things you wouldn’t have seen on the Fox Sports/Flo Racing app broadcast.

We’re back in action this coming Friday and Saturday at Gopher Dunes. 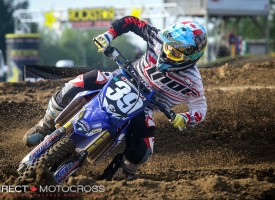 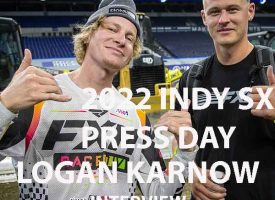 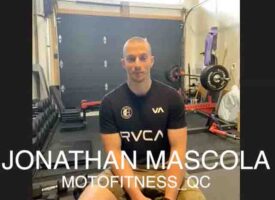 Out of the Blue: Myriam Bouchard