No, he never went on to motocross greatness. In fact, I don’t think he ever lined up on a gate more than a handful of times at Hully Gully Houseleague. However, Kevin B was the first person I met when my family moved to London, Ontario, wayyy back in the day, and he was my friend.

This ‘Story Behind the Photo‘ isn’t about the photo itself, per se, but more about how the bike came to be.

Back in 1981, Kevin had a 1981 Honda CR80. It was a great bike and he enjoyed it. When 1982 rolled around, there were some huge changes with the new model (Pro Link single-shock suspension, most notably) and he really wanted one.

His parents didn’t see the need for a new bike. They weren’t a racing family who needed to have all the latest and greatest moto items. They were just happy to have him away from the house and not getting into any real trouble. Hurt, yes, trouble, not so much.

So, as the new season came around, Kevin was desperate for the new bike. He kept his 1981 in a homemade wooden shed in the back of their yard. The wheels were in motion. Remember, this guy was a bit of a troublemaker.

Here’s how his plan was going to work: He’d have a friend of ours – another troublemaker – pretend to steal the bike and dump it down by the river. Afterward, his parents home insurance would cover it and his problems would be solved. Boom, a new bike!

The plan was set and then put into action. The bike was gone and smashed to bits down by the claybanks. All that was left to do was head down to the local dealer and grab a shiny new bike.

But wait, things didn’t go that smoothly for him – they never did.

You may have seen this punch line coming down Main Street…they didn’t have that type of coverage. They got nothing in return for the theft. Nada. Now he didn’t have a bike at all!

He went to work delivering the Penny Saver and saved and saved until he had enough money to buy his new bike. By that time, the season was almost over and it was time to start thinking about the 1983 model. It really never ended for this guy.

The moral of the story? Simple: Don’t be an idiot!

I wish I could tell you this was the end of his similar troubles. I remember he also wanted new downhill skis so he broke one of them in half over a rock at the base of The North Hill at Skee-Hi just outside the city.

When we showed up at the hill the following week, there he was with one ski that had about 10 pounds of fibreglass holding it in shape. I wish I were lying. This guys just never learned. 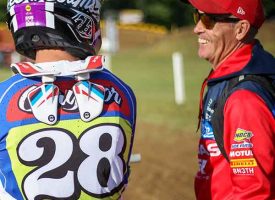 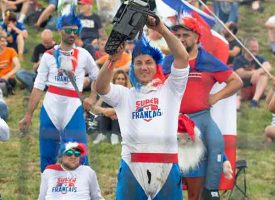