The 2015 Future West Canadian AX Championships have now been decided. I didn’t make it out to any of the other rounds, but if the 8th and final was any indication of how the racing was the rest of the season, fans and riders were treated to an amazing series. The gates were full and so were the stands both nights. The track took around 50 seconds to complete, so it was quite long as far as arenacross goes. 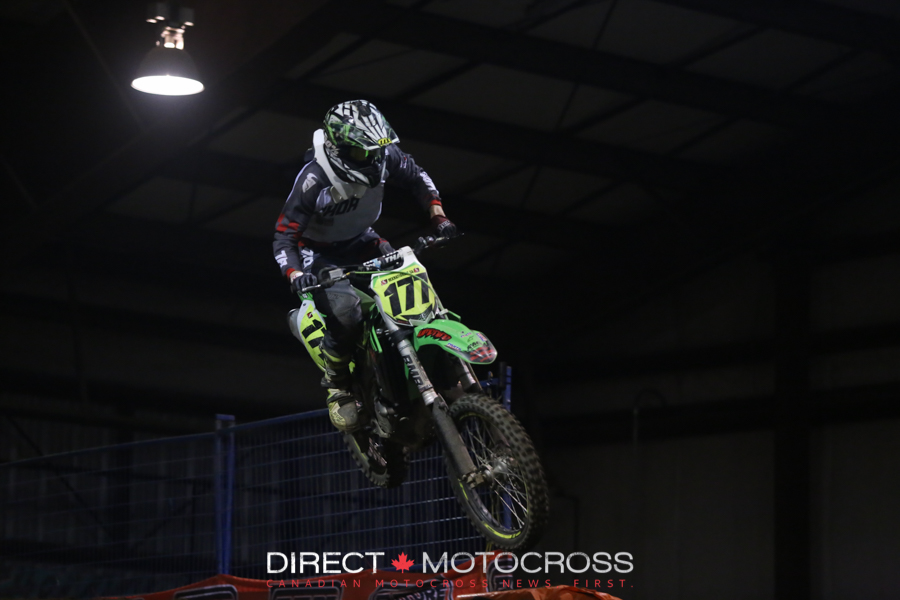 Several Intermediate riders lined up in the Pro Am Lights class. #177 Carson McQueen was on of them. He finished 14th in Saturdays main event. 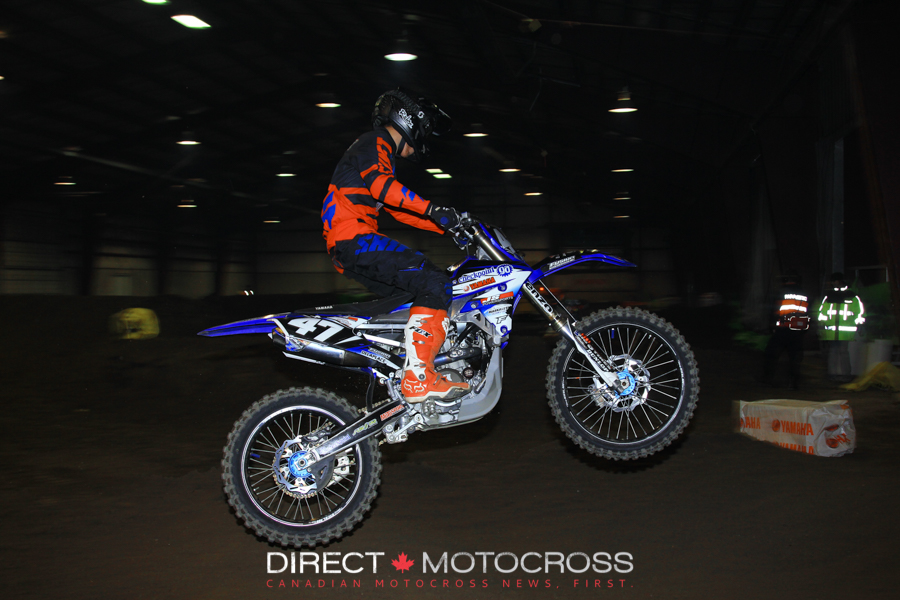 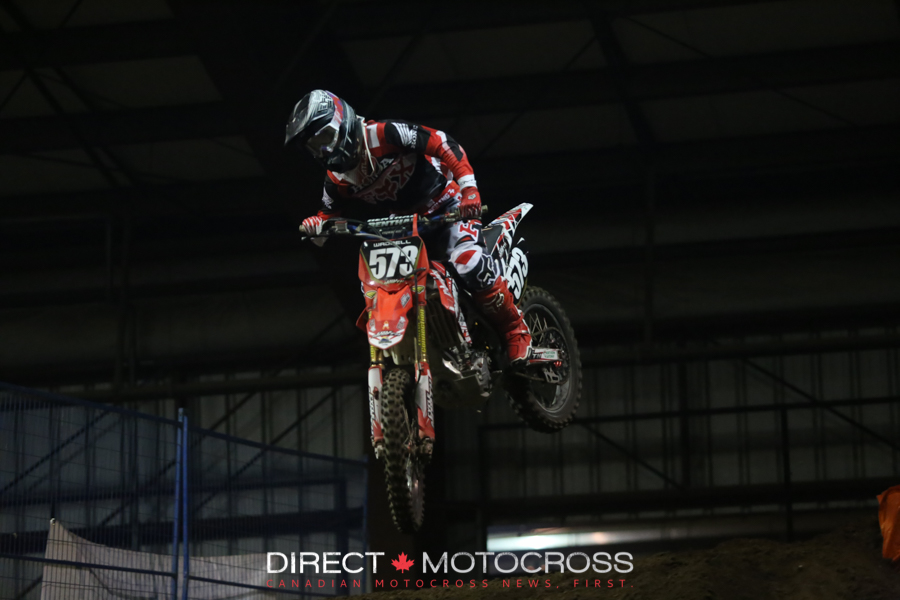 After crashing hard the night before, #573 Wyatt ‘Dub Dub’ Waddell was in too much pain to risk riding Saturday night. He wasn’t thrilled. 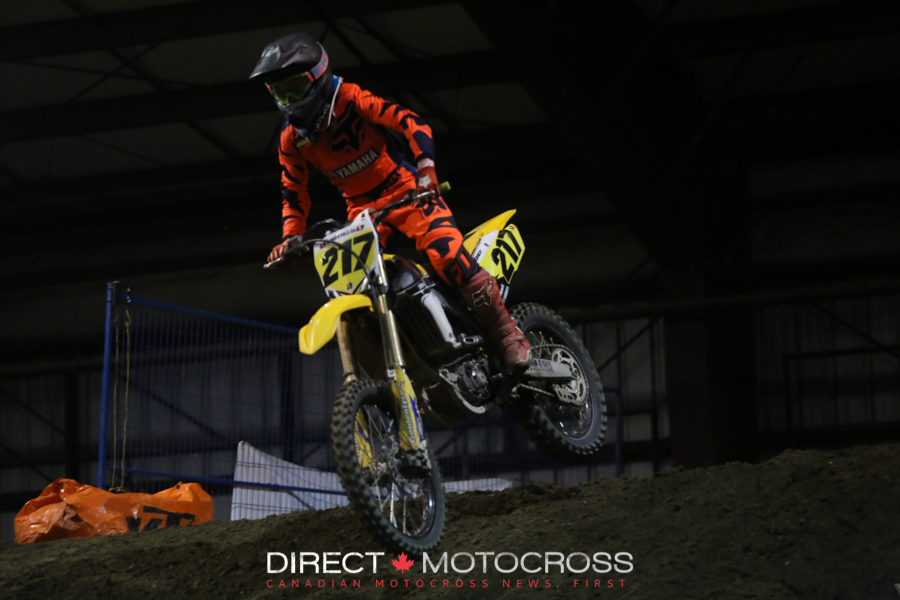 #217 Casey Keast moved up to Intermediate and lined up in the Pro Am Lights races. He said in our post-race podcast that he was extremely impressed with the pace of the top Pro riders. He finished 11th Saturday night. 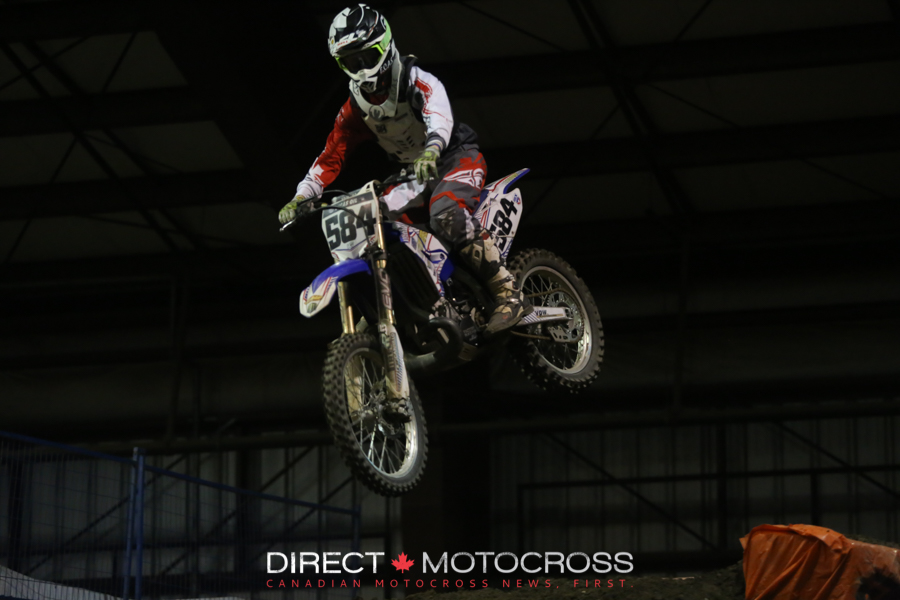 #584 Austin Wurster (Is that proper grammar?) finished 10th in Pro Am Lights. 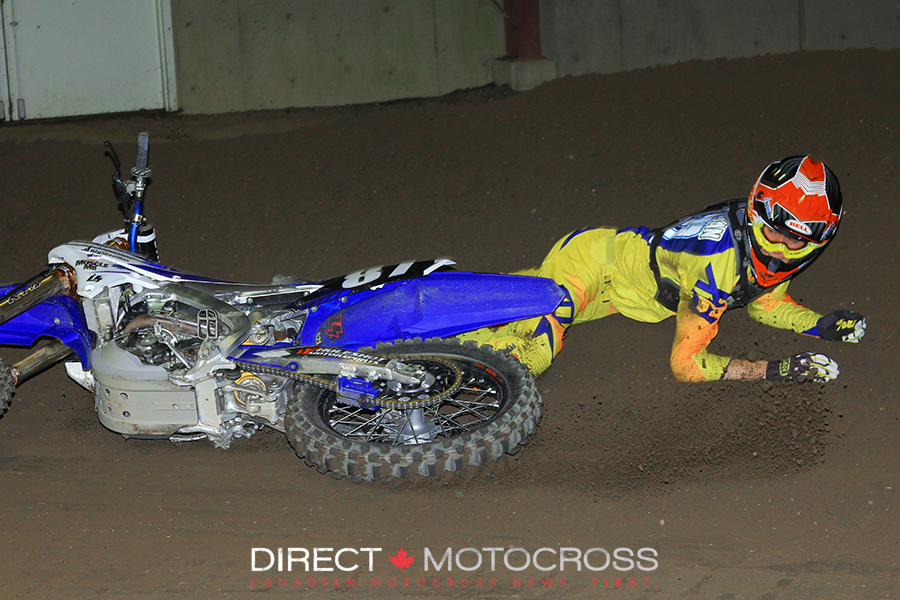 #87 Kyle Springman had a weird battle with brakes last weekend. First, his rear and then, after having no front brake in the first corner, it locked on him in the fastest part of the track, resulting in this. He finished 9th in Lights and 12th in Pro Open. 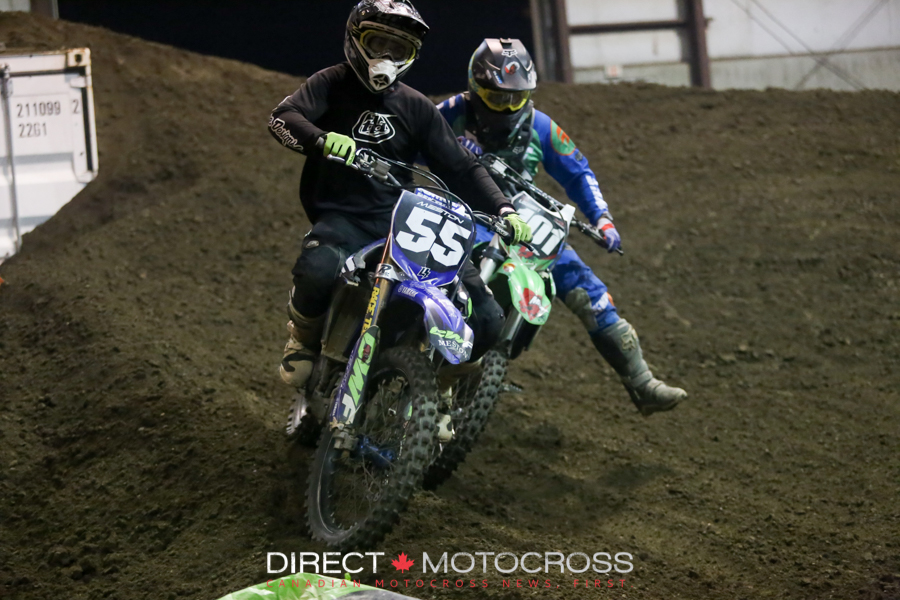 #55 Keylan Meston go stood up and shoved out a few times Saturday night. He finished 8th in both Pro mains. 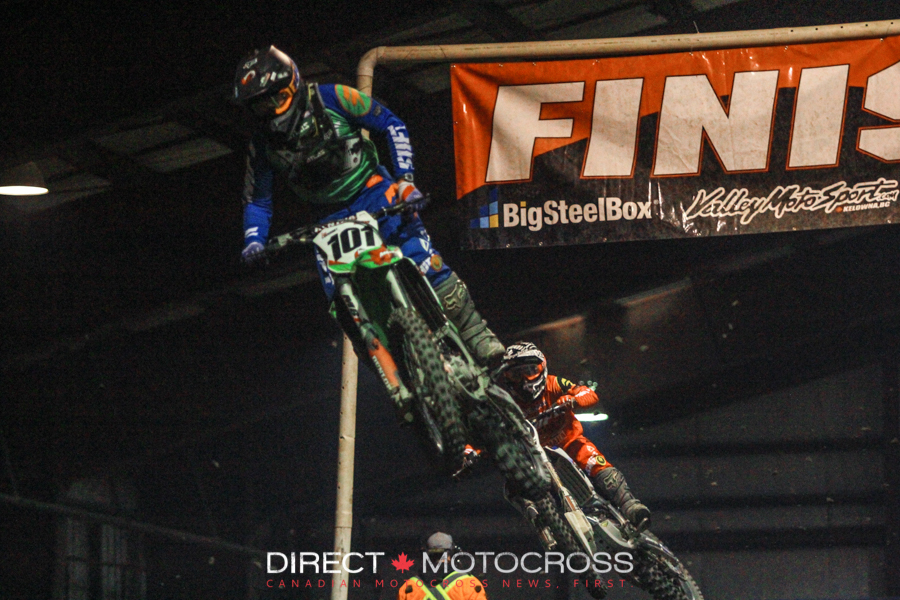 #101 Ryan Lockhart raced both bikes. He finished 7th in Lights and then came out to battle with #1 Ross Johnson and his points rival, #18 Brad Nauditt, in the Open main for 3rd. 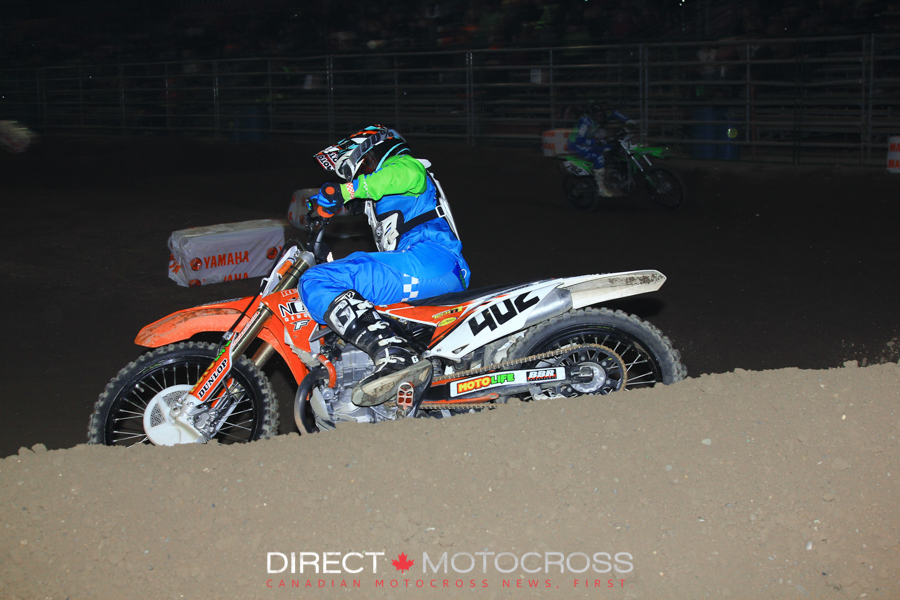 #402 Ryan Abrigo made the final round and finished 11th in the Open main. 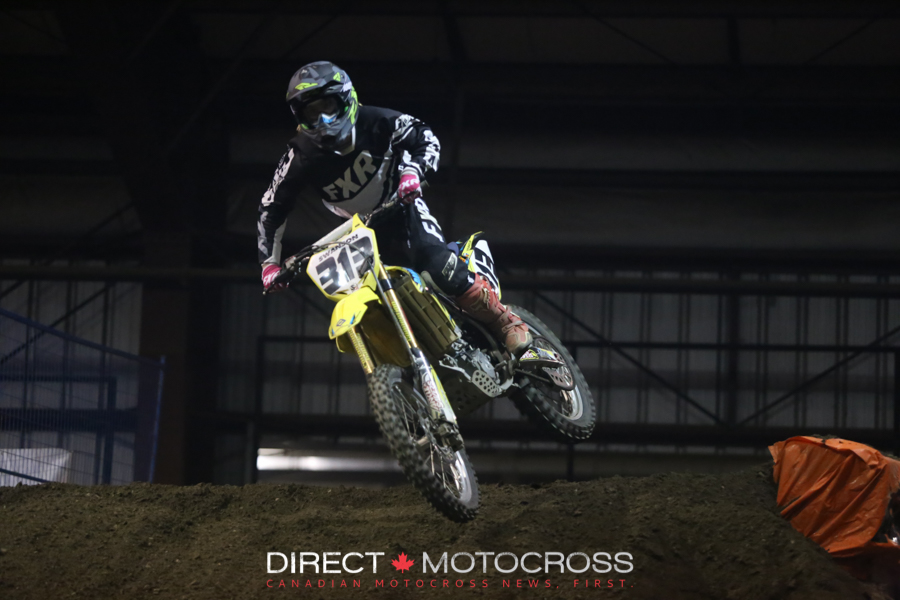 #313 Kyle Swanson raced a borrowed Yamaha 250F to 6th in Lights and then finished 9th in the Open main. 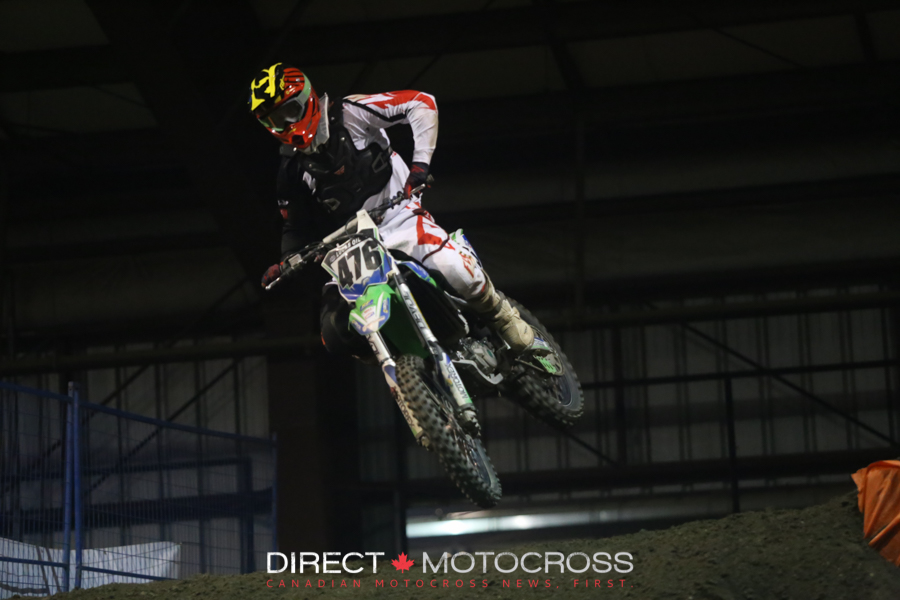 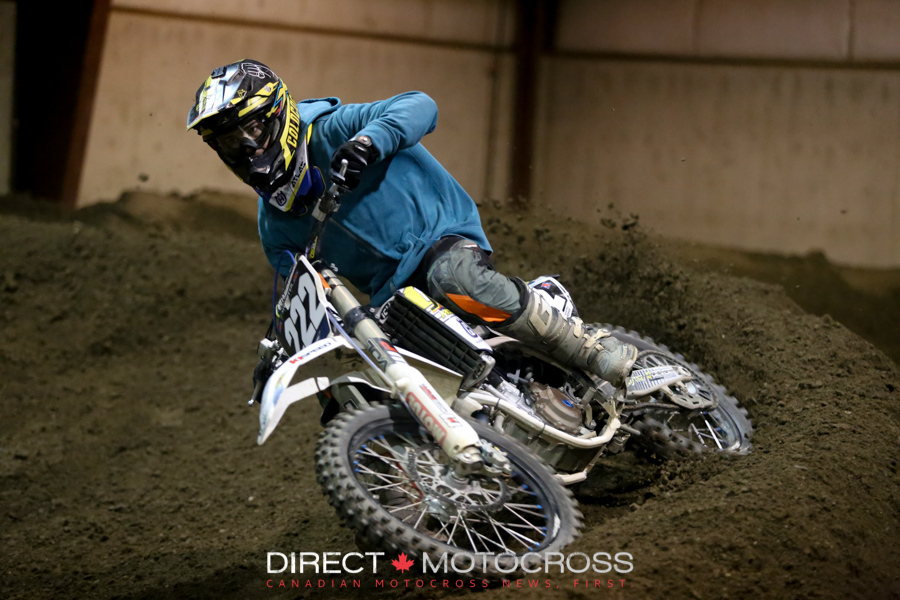 #222 Chris Howell had the speed to win every time he was on the track. He finished 4th in both main events. 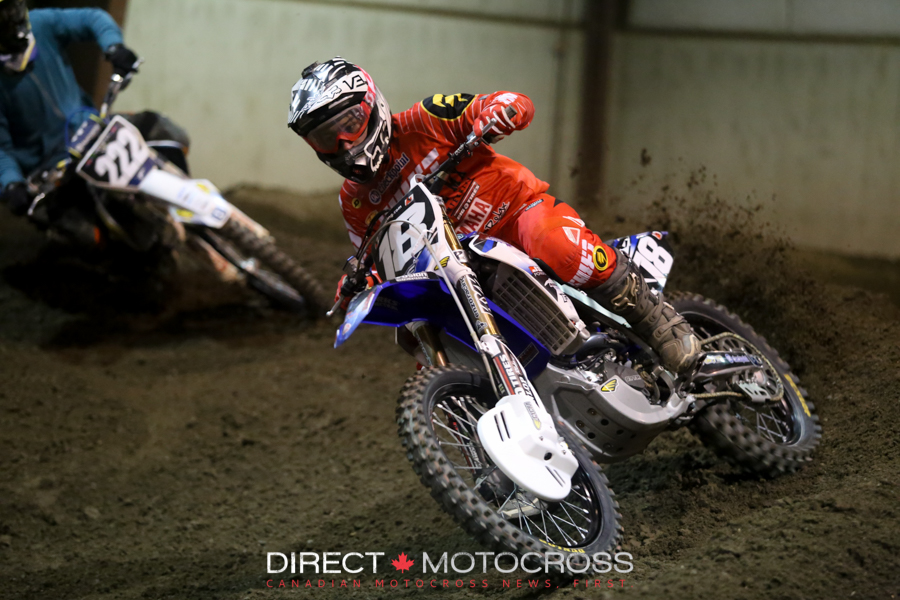 #18 Brad Nauditt decided he was more comfortable on the 250F so he raced it in both classes. He finished 3rd in Lights and then a close 5th in the Open main. 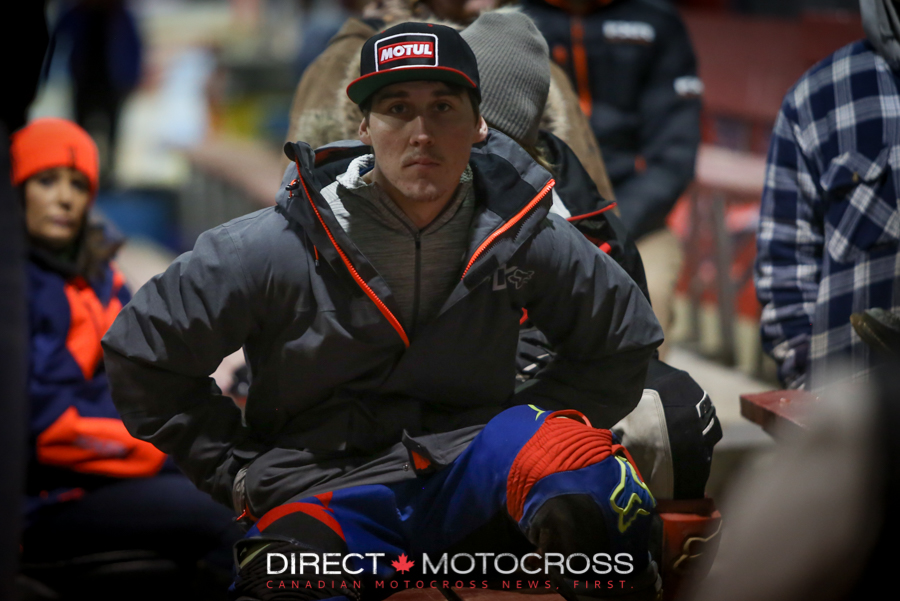 #96 Noah ‘Don’t Call Me McConkey’ McConahy also had the speed to win but not the luck. He finished a solid 2nd in Lights but then had trouble in the Open main and took 7th. Watch for him and his teammate Chris Howell in the 250 West SX series in January. 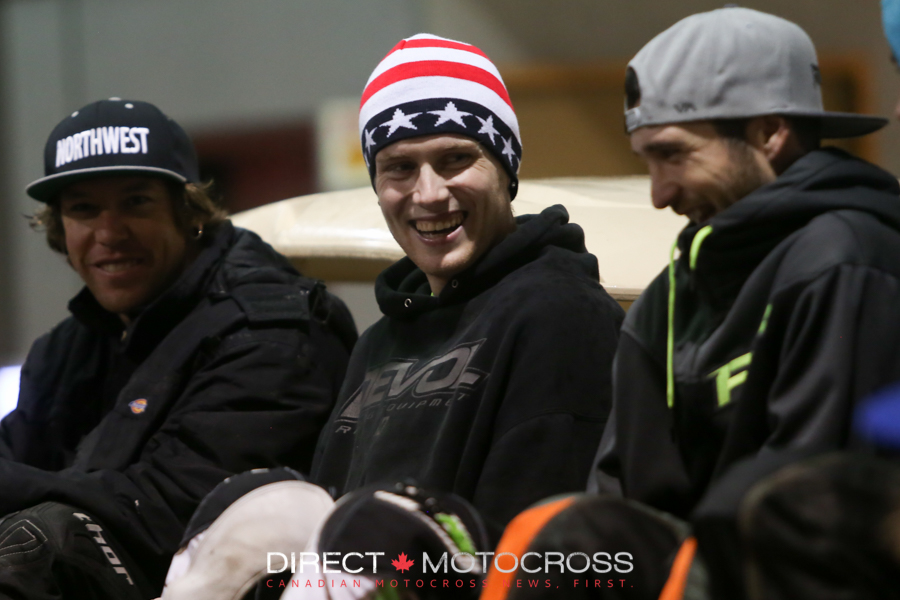 #474 Jake Anstett won the Lights main and went with his classic massive heel clicker. Unfortunately, most of my riding shots were sub-par so here he is at the riders’ meeting. He took 6th in Pro Open. 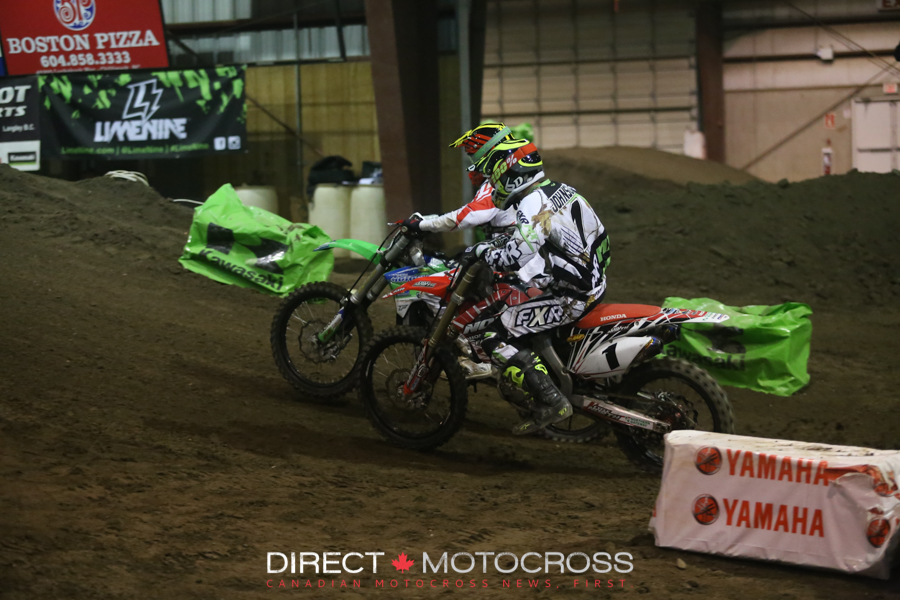 This is how close the Valley Motosport Husqvarna Dash for Cash for $1000 was Saturday night. It went to Jurin by a nobby. 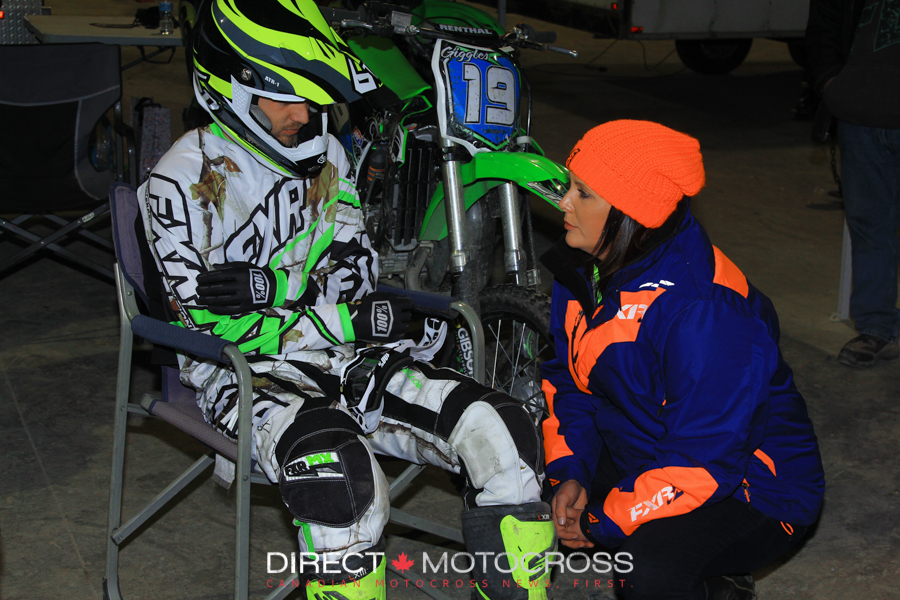 The story of the night was #1 Ross Johnson’s ironman performance in the Pro Open main. He was up by 18 points so, after crashing out of the Lights main and really hurting his right arm and shoulder, the plan was to complete one lap then wait for the checkered flag to collect his title. Instead, he pulled the holeshot, lead half the race, and finished 2nd to TAKE his championship. 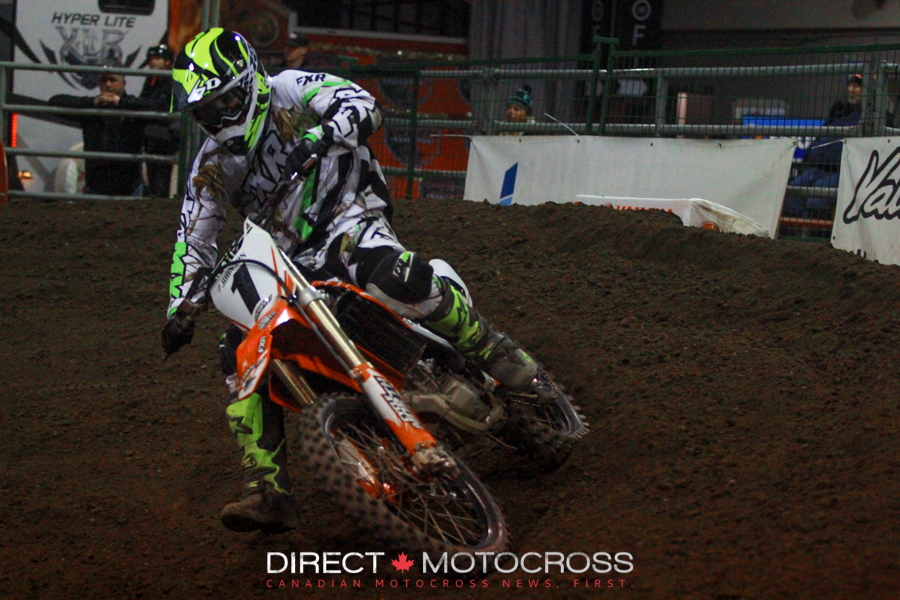 It was one of those rides that instantly goes down in moto folklore. Ross and the Cycle North FXR Honda team took the championship for the 3rd time. 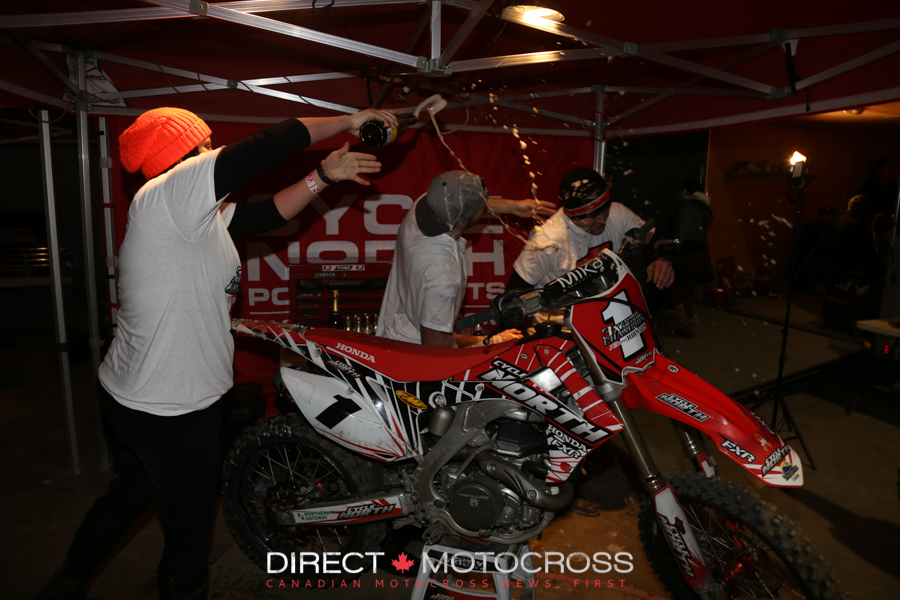 Then it was time to celebrate…much to the chagrin of the rather large security guard who did his best to hurry the festivities. 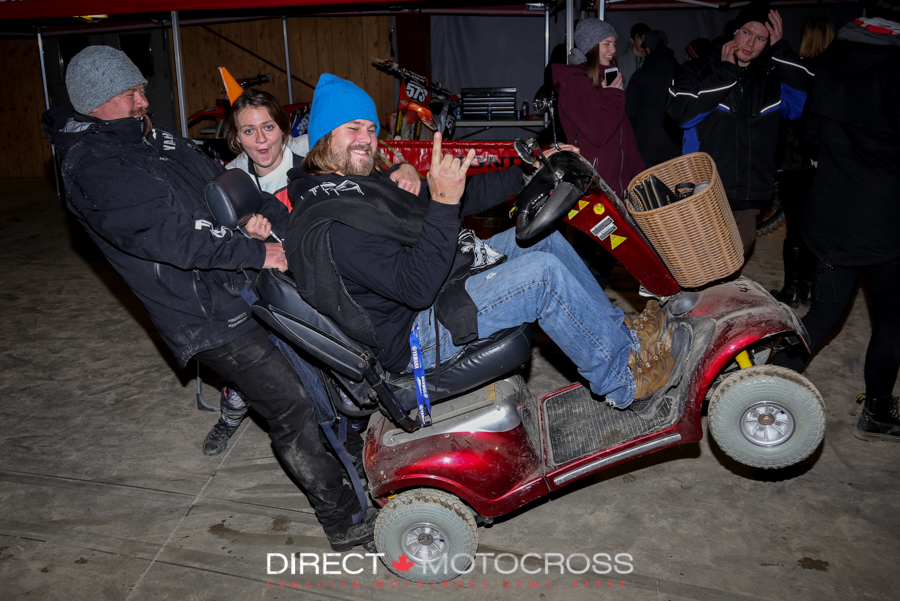 That’ll do it for the 2015 Future West Canadian AX Championships. See you next year… 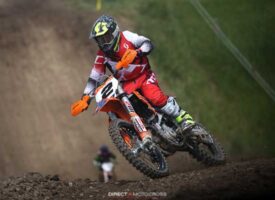 Catching Up with Sebastien Racine 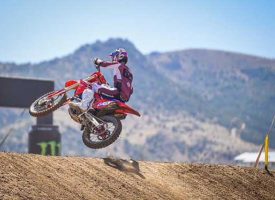