A lot has happened in the off season here in Chesterfield, SC and all of it good. Starting with some new support, a name change and some new riders added to the roster. The ClubMX team name will now be the Muc-Off / FXR / ClubMX racing team. The deal came together late last year to get Muc-Off on board and it has been a great partnership already. Also new to the sponsor roster this season will be MotoSport.com. Both companies have a tradition in the sport and saw the potential in the ClubMX program, property and facility making it a good match for everyone involved. We still have some fantastic returning sponsors including: FXR Racing, ATV’s & More, IAMACOMEBACK and many more to help make our 2022 journey possible. With all these pieces together, the team will compete in the Western Regional and Eastern Regional 250SX Class Championships along with the 450SX Championship.

The roster of riders has grown to six with Alex Martin handling the 450 duties. Garrett Marchbanks and Nique Thury will handle the 250 west and later in the season Phil Nicoletti, Jace Owen and Enzo Lopes will
handle the 250 East.

If all that sounds good, it gets even better with the increase of support from Yamaha. Not only are they the best bike in the paddock, they also have a vision of the future allowing us to help them grow in several categories. Looking forward to the season opener, it starts with:

Alex is a winner and after thirteen years in the lites class, he wanted to give the 450 class a shot before too much longer. He has seen the transition of his competitors to the premier class and is taking advantage of this opportunity to show he is a contender. His fitness is on point, his determination is clearly evident, and his attitude is unquestioned. Now the remaining factor is getting him acclimated to the bigger, more powerful bike.

He has developed a good base on suspension settings in the last two months and then spent the last week in California working with the engine builder at the Yamaha test track to dial in the power. Clearly, Alex does not need any motivation. He’s well aware of the position that he is in among the sport’s greatest riders, but don’t underestimate him.

Recently there was an article about the 2022-250 Class Power Rankings and Garrett Marchbanks wasn’t on the list and that’s just the way he likes it – under the radar. Garrett will run the #35 this season as he moves up in the rankings. Garrett is as fierce a competitor as you will ever meet and this year you will see a new version of him. More fit, more confident and quicker out of the gate.

To propel his 190-pound body off the start grate, the team and engine builders have developed a first gear starting strategy. It was tested late in the outdoor season and improved throughout the off season. We often have to remind people that Garrett is only 20 years old and this past off season gave him some time to reflect on his career to this point. He realizes how good his current situation is and is in the right frame of mind to take his results to the next level.

From all reports regarding off season training at any facility in the country, it is not uncommon to hear “that guy is flying at the test track” and of course we would be no exception. The good news is that when Garrett was breaking in his race bike at the Yamaha test track in California yesterday, the report came back that he was “flying”. The even better news was
the report wasn’t from our guys.

Bright lights – big cities was the reflection in
Nique’s eyes last season. His expectations were so high that when
he didn’t qualify for all the main events, he started to self-implode.
Considering his situation, it is understandable.

He uprooted his life in Germany to chase his dreams and I think that alone is worth our respect. But that was last season – this year Nique is more focused than ever and will prove he made the right decision. We see the hard work and dedication every day, but it wasn’t translating to results on the track. Why is this year different?

Imagine chasing Marchbanks speed in the off season and getting yelled at by Nicoletti on a regular basis. That will strengthen the mind, body and soul of any racer. Not sure about picking Thury in your fantasy league? It’s a gamble for sure, but one I’m willing to take. 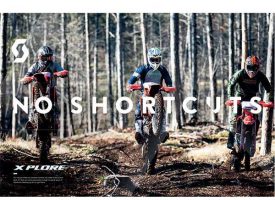 Introducing the X-Plore Collection from SCOTT! 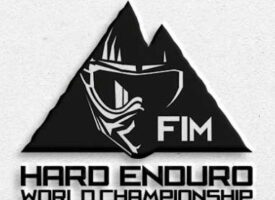 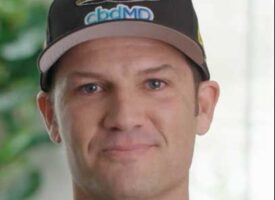 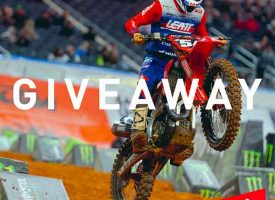