Welcome to Week #20 of the DMX Frid’Eh Update Presented by Troy Lee Designs. It’s been a strange time here for a number of reasons. I lost my dad at the end of March and now I’m looking after my mom who is heading down the ugly road of dementia. On top of all this horrible reality, the website crashed the server last month! And all this was happening while we are all isolating ourselves because of this COVID-19 virus we’re all trying to avoid. It’s pretty safe to say, this has been the worst couple months of my entire life.

Anyway, all we can do is keep a stiff upper lip and move forward. My dad, being British, would probably have some quick-witted WWII quote from a famous military leader to insert here, but all I can think of is the stiff upper lip line. He was always the brains of the operation.

I hope everyone is keeping safe and sane during this time. I think we’re all using the movie ‘Groundhog Day‘ to describe what this feels like.

For 2020, #20 belongs to a rider we’ve all watched grow up and turn into one of our top riders in the Pro ranks over the years.

Westen Wrozyna came up through the amateur ranks as a top prospect to keep our eyes on. He had some of the greatest rides and battles at the TransCan at Walton Raceway over the years, and I’ve got hard drives full of photos to prove it.

He’s raced all the major US amateur nationals and even made an appearance at the Monster Energy Cup in Las Vegas. I chased him and his family all over North America and was even in the crammed van on that trip to Vegas.

Like I always say, it’s the great families like the Wrozynas that makes what I do as enjoyable as it is. Every time I hear the song Gangnam Style (No, it’s not often) I think about Westen’s dad, Wes Wrozyna, singing it on that trip to Nevada. Isn’t it funny what we remember?

Westen just came off what has to be considered a very good season, finishing 8th overall in the Rockstar Energy Triple Crown Tour 250 class standings. And he did it without entering a single Arenacross to start the season.

When I got in touch with him this week, I assumed I’d hear that he was doing all the normal things to get ready to take another run at the series. I wasn’t expecting to hear what I did.

Here’s our conversation with the rider who put Newtonville on the map:

Direct Motocross: Hello, Westen. When I look at the results from the 2019 season, your name pops up in 8th place overall in the Rockstar Triple Crown Tour finals standings. Were you happy with your results?

Westen Wrozyna: Last year was one of my better years as a Pro and I finally could see some improvement. I was happy with some results and also disappointed in some as well. Overall, it was okay.

And you did it without racing any of the Arenacrosses. Where were you at the beginning of the season?

(Westen qualified in the dreaded 41st position in Arlington in 2019)

Were you 100% when the MX season started? What MX round stands out in your memory?

Yeah, it’s been a couple years of dumb injuries and finally I was able to put a full, healthy year together. The round that stands out to me was Walton. The track was rough, it separated the riders, and I finally was able to get myself up front with the main guys.

(Westen finished 9-7 for 7th overall at the final round)

Then you rounded out the season with 4, 6, 8 finishes in Supercross. How did that go for you?

I kind of struggled with the super-tight Supercross tracks. Not exactly what I was hoping for but overall had a good time.

Will you take another shot at Supercross in the future?

You know I would love to if all the pieces of the puzzle were together, but no I will not be racing Supercross.

What did you get up to right after our season ended last fall?

I kind of took a step away from everything and just regrouped after a long season.

What have you been doing over the winter months?

This has been my first full winter home since I was 10. It was different but I’ve enjoyed it. I started a little project truck and built a 125.

We’re living in some pretty weird times, right now. What have you been doing the past couple months?

Pit bikes, pit bikes and definitely some more pit bikes! Honestly, the best thing I ever did was buy a new Honda 110. If you don’t have one, you should get one!

What do you do for work these days?

Before the whole shutdown, I worked for a company called GlassTech. We basically do everything with glass.

What are your racing plans for the 2020 season, assuming we get there?

I am stepping away from racing professionally. Unfortunately, I’m not getting any younger and if I ever wanna move out of mom and dad’s house I need to look at a future. I lived out my childhood dream, raced AMA Supercross, did a lot of cool things, but it’s time.

Oh wow, I wasn’t expecting that! Where do you see ourself in, say, 5 years?

Honestly, I couldn’t tell you now. I’ve got lots of future ideas but right now just sitting back and enjoying life, riding my 125 and 110, and making the best of all this free time.

Well, good luck, Westen. Thanks for chatting with us. Is there anyone you’d like to thank?

Thanks for having me again and for all the coverage over the years! I would like to thank everyone that has helped me throughout my career and mainly my parents. They did everything to help me live out the moto dream.

The news we’ve all been waiting for came out this week and it’s that Monster Energy AMA Supercross is returning to the track, starting on May 31st in Salt Lake City, Utah.

Each of the final 7 rounds will take place at Rice-Eccles Stadium in Salt Lake City.

Ellenton, Fla., (May 14, 2020) – Feld Entertainment, Inc. announced today that the Monster Energy AMA Supercross, an FIM World Championship, will resume racing at Rice-Eccles Stadium in Salt Lake City, Utah on May 31 and will run through June 21. The final seven, made-for-tv races will be broadcast on NBC networks without fans in attendance. The Utah Sports Commission, a longtime partner of Supercross, has coordinated our return to Utah.

Like all forms of sports, the Monster Energy Supercross Championship was abruptly halted in early March after completing ten rounds of the 17-round Championship. The last race was held on March 7 at Daytona International Speedway in Daytona Beach, Fla. where Monster Energy Kawasaki’s Eli Tomac earned his fifth win of the season over top rival Team Honda HRC’s Ken Roczen, both of whom are competing for their first premiere class title with only three points of separation.

The sports industry in the United States, like virtually all industries, is being severely impacted by the COVID-19 pandemic. Monster Energy Supercross fuels an entire industry and is the primary source of income for thousands, including competitors. With no events, the industry is in severe economic peril. It’s important to the economic infrastructure to get back-to-work. Unlike other professional sports with guaranteed contracts, Supercross athletes, team personnel and many others involved in event and television production are independent contractors.

“We’re excited to continue our work with Feld Entertainment, Rice-Eccles Stadium at the University of Utah, and the Utah Department of Health Services. Their continued support along with Utah’s Governor Gary R. Herbert, have made it possible for Supercross’ return to Utah,” said Jeff Robbins, President and CEO, Utah Sports Commission. “We also look forward to showcasing Utah worldwide via Supercross’ global footprint.”

The responsible return to racing will provide guidelines and protocols to competitors and essential staff that complies with all federal, state and local health guidance and mandates. Mitigation efforts include mandated prescreening, testing, temperature checks, face masks, increased sanitation efforts and social distancing to limit contact among individuals executing the events.

The stadium will assist with the implementation and execution of our plan. Supercross, in partnership with the Alpinestars Medical Unit, has a trained medical team of 7 professionals to assist on site.

The racing format has been adjusted to reduce the number of athletes to stay within the minimum requirements and a standard race format will be used for all seven rounds, except for the finale which will be an Eastern/Western Regional 250SX Class Showdown.

In the final seven races, three champions will be crowned – one in the 450SX Class and two in the 250SX Eastern and Western Regional Classes. It is the hope of the series that the final seven races will start to bring some normalcy to race fans by creating memorable experiences through the live television broadcast that continue to bring people together via a shared experience while also uplifting the human spirit, as all forms of sport do.

Supercross athletes have little to no contact as riders race solo against other competitors and wear several protective elements – full-face helmets that cover the mouth, goggles, gloves, jerseys and pants that leave little to no skin exposed, plus fully secured knee-high boots.

Supercross partners Oakley, Toyota and VP Racing Fuels have been lending their expertise to the medical community and first responders by developing and mass-producing protective shields, eyewear and hand sanitizer. This type of expertise that exists within the industry, coupled with Utah’s leadership and Feld Entertainment’s live event experience will all factor in to helping the industry get back to racing while aiding in the recovery and healing process nationwide.

For more information on either one of these livestream options please visit NBCSports.com/Gold or SupercrossLIVE.tv.

The MRC has released a guideline that will assist in the opening of tracks across the country.

Click the following link to read the PDF document on the MRC site:

Thanks for checking in this week. I hope everyone is doing what they can to stay sane in these weirdest of times. One day, I’ll get a trailer hitch out on the #DMXVan so I can hook a trailer up to it and pull Jeff McConkey‘s Yamaha YZ 250 2-stroke to a practice track! See you there. 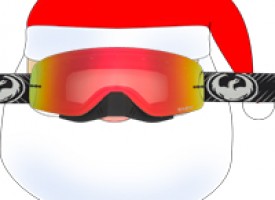 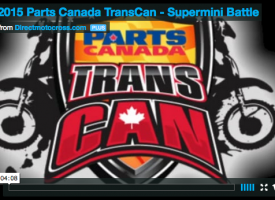