It’s almost upon us. The 2016 West Coast 250 SX series is almost here. Cooper Webb has to be the odds on favourite to repeat, but if he falters, I see Jessy Nelson and Joey Savagty right there to capitalize. Here is a list of a few of the main hitters. I’m sure I have missed a few, but I believe I have most of them. Like always, theses are just my thought and predictions, and like always, I’m sure I’ll be wrong on a few.

1W Cooper Webb: Cooper is so full of confidence right now, I don’t really see anyone beating him straight up for this title. He won’t win every round, but he will come close. He’s just so hot right now.

13 Jessy Nelson: If anyone can steal this West Coast title away from Webb, it’s Nelson. He has the speed, he just needs the starts, and needs to avoid the bad decisions that come with his bad starts. I don’t think he will beat Cooper straight up, but he will win a round.

16 Zach Osborne: I’m just not sold on Osborne in SX yet. He puts in the work and has the speed and talent, but something always goes wrong. He should get a podium or 2, but then go missing for a round or 2. Hopefully, he proves me wrong.

35 Chris Alldredge: Chris had a rough rookie SX season last year. He showed some serious speed, but made some bad decisions and ended up on the ground a lot. If he can work on his decision making, this guy can open some eyes and land on the box.

37 Joey Savatgy: Joey is the only other guy in this group that I can see winning a main event. I have him right there with Nelson as best behind Webb. He can win main events, and if Cooper falters, the championship could be his.

38 Christian Craig: The super-talented Craig is back from retirement, and in my mind he will be the top finishing Geico rider. He doesn’t have a title in him, but a race win could be in the cards if the top 3 Webb, Nelson, and Savatgy have problems.

39 Jordan Smith: This guy has some serious speed, enough speed to win a main event, but staying on 2 wheels is very hard for him. I think he needs to slow down to smooth out and then the results will follow. He will amaze us with his speed, but then scare us with some crashes until he figures out the whole package.

40 Kyle Peters: Peters is racing the West coast this season aboard a Honda. I believe the West will be a tad bit stronger, but with Peters’ experience he should make it into the top 10 on the regular.
42 Mitchell Oldenburg: Mitchell landed on a great team and a great bike. With a start and some luck he could crack the top 10 a few times.

43 Fredrik Noren: I see Noren as more of an outdoors type of guy. I think a few top 15’s could happen.

45 Kyle Cunningham: Kyle is back in the 250 class, yet again. This time he’s on a new Suzuki team run by Jimmy Albertson. He will show flashes of speed, like always, but he will also get caught up in some bad luck like years past.

53 Tyler Bowers: Bowers is coming off back surgery and may not be where he wants to be. Either way, this guy will gut it out and get some solid finishes and maybe even sneak onto the podium.

58 James Decotis: Jimmy always had the talent, but he finally added the hard work. He busted his ass up here in Canada, went down and put it to the Australian Lites class and earned himself a Geico ride. I would not be surprised if he squeaks out a podium. He should be fighting for top 5’s with good starts.

65 Zachary Bell: Zach is back after a very long absence due to a head injury. It will be interesting to see if he’s willing to hang it out like the old days, or if he will play it smart and smooth and try to get through a full season. Let’s hope he can make it to the outdoors safe.

66 Arnaud Tonus: Big question marks around Tonus. He has the skill to turn heads if healthy. He could be the Wests’ wildcard.

87 Austin Politelli: Austin has talent, but something seems to be missing. I’d be surprised to see him finish out the series.

127 Cole Thompson: Cole hasn’t ridden SX in quite awhile, but I don’t see it slowing him down. His smooth style will snag him a few top 5’s. He should be inside the top 8 every weekend.

289 Mitchell Harrison: This kid will have everyone looking in their programs to see who the #289 is. I got to see this kid a lot a GPF one winter and he’s the real deal. He works hard and he will be the best finishing rookie on the West. 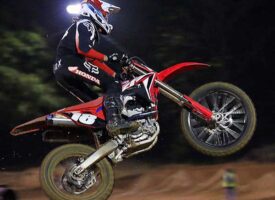 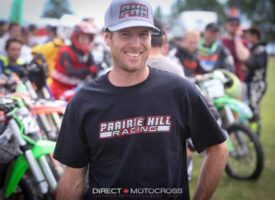 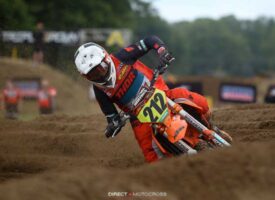 Things to Watch For Sunday at Sand Del Lee