Who got you into the sport of motocross?

My dad had bikes growing up but it wasn’t until a bit later in my life when my friend, Travis, got a new bike that I really took an interest in the sport.

I feel as if male racers and officials look down on us and don’t think that female racers have what it takes to compete on the same level. I still feel it’s a very male-dominated industry.

Are you involved in any other sports or have any other hobbies?

I don’t have much time for sports anymore but I have a love for cars too. I love cruising with friends, building up my car little by little and going to meets too.

I was girly girl growing up until about Grade 8, then I turned into not so much a tom boy but someone who could be considered one of the boys.

Ken Roczen for sure. For the last 6 or so years I’ve really enjoyed watching his riding. He’s got great style and has a good presence around fans too.

River Glade in Moncton, NB. It’s such a unique track. It’s a lot of fun to watch the pros ride and they also throw a great hare scrambles race too!

You have ridden in the woods, on tracks, and now getting more into street riding. What has been your favourite?

As much as I love riding on the track, I just don’t have the time anymore, but I’m excited to continue riding my new Yamaha off road. I started out riding in the Raglan pits and have ridden trails all over New Brunswick and my love for the woods has kept me from giving up off road riding all together.

My dad. His biggest priority was always safety and he was afraid of me getting hurt and taking risks, but even though he doesn’t live here I still call him after every race or ride to tell him all about it.

Most female racers leave the sport much earlier than male racers. Why do you think that is?

I think that most females don’t believe they can have a successful career in motocross so they leave to pursue a different path that guarantees an income and a certain amount of success.

I just bought my first dual-sport so I’m looking forward to getting out and riding places I’ve never been before. But I’m still going to watch the races at OCMC every week too.

I graduated College with a 92% average and a diploma with high distinction but I would say that moving back to Ontario from New Brunswick with nothing and building my life up to what I have now in the past year makes me feel very proud.

Never give up. No matter how much you fail eventually you’ll get it right and there’s no feeling like proving those who doubted you wrong.

I would love to go back to school and take the Veterinary Technician course. I’d also like to move back to New Brunswick and buy a house with land too!

My dad. If he didn’t buy me my first bike I wouldn’t be where I am today. But also my best friend, Travis, too, who showed me that riding dirt bikes isn’t scary and one of the most rewarding things you can do. 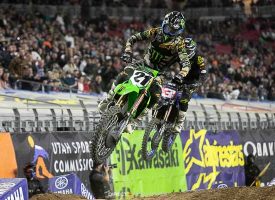 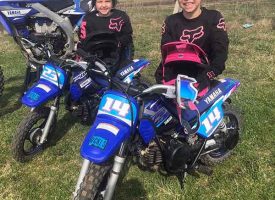 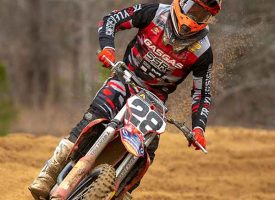