You’ve probably all seen it already – Nathan Bles launching himself into the stratosphere as you wonder whether he over-jumped a triple or under-jumped a quad at last week’s Baja Brawl at Baja Acres in Millington, Michigan.

Truth is, it was a tabletop to single jump gone wrong. We gave Nathan a call today to get his thoughts on what, exactly, happened and find out if he was actually injured or not.

It was during Pro practice Sunday when the crash happened.

@motoplayground let me run the snapchat this weekend at @bajaacres ?✊?⛽️

Here’s how Nathan broke it down for us:

Lap 3: “I went a little faster but hit a different line. The line I took was fresh and shot me straight up. I was in the air like, “NOOOOOO!” and over-jumped by about 7 or 8 feet. I just fell off the back but the bike made it look a lot worse than it was.”

Nathan actually thought he was going to be able to land it but his hands slipped off the bars and off he went. His wrists and thumb were sore but that was it. Unfortunately, the bike suffered more damage.

As soon as Nathan got up, a flagger ran over and yelled, “Duuuuude, I got that all on Snapchat!!!” People didn’t even know Nathan had crashed like that until the following day when the video made its rounds on social media.

The KTM Support gang took care of him and he replaced the rear wheel, sub-frame, and clutch perch and he was back on track. He didn’t even miss a race! However, he left early on Monday afternoon and decided to skip his final moto.

So, basically, Nathan is fine and, like he said, “I didn’t think it was that bad.” He also admitted, after watching the video, that it could have been a lot worse. We’re all glad it wasn’t, Nathan. 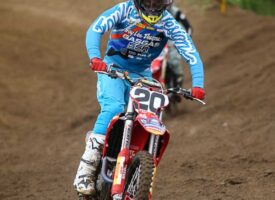 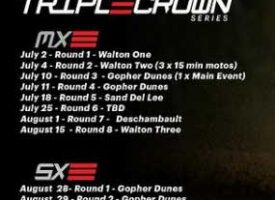 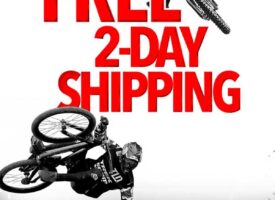