The first moto of the day was the MX2 Junior (or ‘sponge class’ as we used to call them). #184 Tanner Ward was the rider to beat in this class, followed by #101 Shayne Mercieca and #28 Sam Gaynor.

#22 Hunter Scott is becoming a really fun rider to watch on the track. He took both the 85 (7-11) and Supermini classes.

#335 Joey Crown from Michigan made the last-minute decision to head to the Moto Cup and took 3rd overall in Under 30 after a 2nd moto front flat slid him back to 4th. He finished 2nd in the first moto.

Teammates #35 Hayden Halstead and #17 Dylan Wright get a little close during a moto.

Maff drops into the valley as Crown is egged on.

Tanner Ward was impressive in this tough group, finishing 5th overall with 6-6 motos.

The start didn’t go so well for this young rider as he got his front wheel against the rear wheel of #25 Tristan Dares. He got up and was fine.

Zeb after his moto talking with Dave Bell.

MX101 mechanic, Cale Foster, thinks about the busy week ahead.

#15 Shawn Maffenbeier was definitely the fastest on the track but a flat tire in the first moto gave him DNF-1 for 10th overall. They went with a rear mousse for the final moto.

Estrella getting ribbed by Dave Bell in her post-victory chat.

The story I got was that her mom put Dave up to it, getting him to pester her about potential boyfriends and other teenage stuff.

#131 Nate Fazio went 1-1 in Vet Junior for the win. They peaked up and lengthened the showcase triple for the weekend.

Marco gets his chance to chat with Dave after his win.

Austin had his chance earlier in MX1 Intermediate.

Zeb’s moto is actually on the line next but there he was still picking rocks!

Picking gates in the Supermini class.

The crowd gets ready for the best moto of the day.

A Supermini moto blasts into turn 1.

Hunter Scott took the class with 1-1 motos, but it was great racing!

#294 Austin Tremblay took a DNF in moto 1 but came back for 2nd in the final race for 9th overall.

Get used to seeing these two dads (Jim Scott (left) and Dan Tricco) at the races as their kids will be fixtures in Canadian moto for years to come.

Josh Snider really sticks his neck out to make the Redemption Racing team come together.

#50 Alex Jeffery hit the track in the Pro class. He was often the top Intermediate rider at last year’s Pro Am Nationals.

I caught Billy Wright smiling on the way to the gate.

Yanick Boucher lines up between a couple solid up-and-comers.

Jeff Ward with some gate prep.

Taylor sees me seeing him.

Helping out at the gate.

Hey, Matthew and Luke, send us a resumé! (Someone tell me the other kid’s name is either Mark or John!)

If Kraig Reinhart knew then…

Cannella and Watling were back at it in the second last moto of the day. Marco won MX3 Intermediate with 2-1 motos.

It was great to see #396 Stephen Anderson back at the races.

Dusty Wise borrowed a bike and took 5-DNF for 5th in Vet 30+. There were a lot of DNF’s listed in this class.

Getting Emma ready on the line.

Dropping in to the rhythm section.

On the gas and looking ahead.

Dylan Wright was scrubbing this jump like he was mad at it!

Keeping the dust down.

That will do it for round 2 of the New Era Motopark Cup. Thanks for looking, and see you at the races… 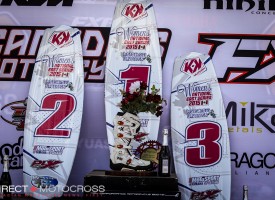 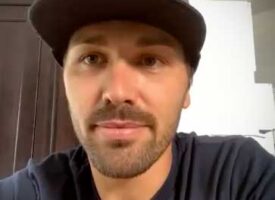