Jeff gives us his thoughts on Atlanta 2.

The second of 2 rounds in Atlanta went off on Saturday night. The track looked pretty tricky and lap times were a little longer. The start bottled in big-time making a good start crucial. Atlanta 2 was a ‘retro race’ and some of the teams went all out with some great looking old-school graphics. To go along with the retro bikes, a few gear companies jumped in on the fun. In my opinion, Fox and Answer were the big winners in the looks department. Once again, we were treated to some great battles all race long. The 450 main, in particular, had me on the edge of my seat with battles all over the place.  Let’s take a look at the results and my thoughts:

1st Marvin Musquin: Great ride by Marvin. When he is on, he looks like he is on rails! He is having fun and that is dangerous for the rest of the East competitors.

2nd Jeremy Martin: Good ride for Martin. I still think he is just a hair off the pace of Musquin.

3rd Justin Bogle: Justin is Mr Consistency! It won him a title last season. He is going to have to hang it out soon if he wants to keep his number 1 plate. I don’t see the top 2 going down with injury like last season.

4th Joey Savatgy: Good ride for Joey after crashing hard in practice. He needs to be a little bit faster to join the top 3.

6th Martin Davalos: Martin moved forward, but not a good ride for a guy with this much talent and experience.

7th Arnaud Tonus: I called a podium for Tonus and it looked like he had it. I’m not sure what happened at the end of the main, but it looked like he was gassed and he gave up 2 positions. That can’t happen again.

8th Anthony Rodriguez: ‘A-Rod’ had a very solid ride going until he tagged a rear wheel and went down. If he can hold it together, he may shock us with a podium.

Biggest Stud: Musquin is my Stud. He was in complete control.

Biggest Dud: After finally getting a great start, Arnaud Tonus is my Dud. He went backwards hard and lost 2 spots at the very end that should have never happened.

Biggest Surprise: With all the speed and hype, Jordan Smith didn’t make the main. He has serious speed and talent, but an even bigger crashing problem and won’t last long if he keeps hitting the dirt.

1st Ryan Dungey: Another great ride by Dungey. He looks way more aggressive this season and I think even if Ryan Villopoto was racing SX that Dungey would still be winning.

2nd Eli Tomac: Tomac had a great battle with Canard. Too bad he is so far behind in points. I think if he got hot he could win a few in a row.

3rd Trey Canard: I still think Trey has the most speed in the class, but if he wants this title he really needs to reel off some wins and pray that Dungey has some bad luck.

4th Broc Tickle: Last week I wrote that Broc was boring to watch, and then he goes out this week and is super-aggressive and has his best ride. He looked really good all day and night long.

5th Blake Baggett: This guy is riding great. He started 10th and worked forward to a very solid 5th. Write this down…Blake will win Daytona! He is a beast at that race and you heard it here first!

6th Josh Grant: ‘JG33’ had a great semi win and had a really good main. This is where he should be every week.

7th Chad Reed: Chad got off to a great start and it looked like a guaranteed podium. Well, that all disappeared pretty quickly with an uncharacteristic Reed mistake. He still rode great and got himself back into the top 10 with a decent 7th.

8th Ken Roczen: Ken had a rough day and is till pretty banged up from Atlanta 1. He needs to rest his body this week and get back on the podium to keep his title hopes alive.

9th Jason Anderson: ‘La Flama Blanca’ has had some bad luck and not so  great finishes lately. But hey, a top 10 as a rookie sitting 5th in points at the halfway point isn’t that bad at all.

10th Weston Peick: Weston led his first laps as a Pro, but he couldn’t hold the pace. For riding hurt, he is doing fantastic. And how about those rocket ship JGR Yamahas!

Biggest Stud: Dungey is my stud yet again. He is just a machine this season!

Biggest Dud: I’m still shocked that Davi Millsaps hasn’t turned things around yet. The guy is just too talented to be riding mid-pack.

Biggest Surprise : Josh Grant surprised me. It finally looks like he has turned his season around for the better.

See you next week in Daytona! 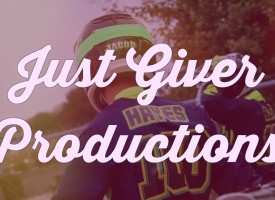 Out of the Blue: Nikki Voorhees