By now I’m sure you’ve all heard about 16-year-old #40 Preston Masciangelo from Waterford, Ontario’s crash while training for Supercross at SOBMX. If not, here’s what happened.

Preston was in South Carolina to train with his Partzilla PRMX teammates to get himself ready to race a couple AMA Arenacross races and then the 3 Supercross Futures rounds to get his points for the 250 East series. Unfortunately, he hit a bump in the road along the way.

He frame-cased a triple in slippery conditions just 5 minutes into a training session. As he described it to me, his hands stuck to the handlebars and he whiskey-throttled after he landed and managed to go into the pond with his hands still glued to the bars.

Devin Simonson was the first one on the scene once he came to a stop to see if he was OK. It didn’t look like much and so there was no real sense of urgency up to this point. However, once it was obvious the wrists were broken, they swung into action.

Preston drove with his mom to the hospital 10 minutes down the road in Dillon, SC where they were able to see him right away and perform surgery on his 2 wrists.

Fortunately, they were such clean radius/ulna breaks that they just required 2 pins each after being set in place and he was out of the OR in 45 minutes time.

Fellow Canadian teammate Julien Benek was also in the hospital and they were released at the same time and walked out the doors together.

Preston was in splints up until just yesterday when he had some new x-rays done and he was told they could barely see where the breaks were. Great news. He was then set in hard casts that are scheduled to come off on December 22nd.

He plans to be back on the bike around January 10th to 15th where he’ll ride in removable braces for a few weeks.

They are still hoping to head west for the first Futures round at Anaheim 2 where he wants to get his 3 rounds in and get enough points to race the 250 East SX series.

Until then, he’ll sit on the bicycle trainer and try to keep himself as fit as he can until he can get back to the races.

Good luck with your rehab, Preston. 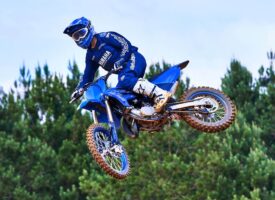 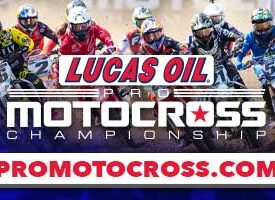 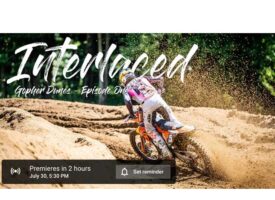 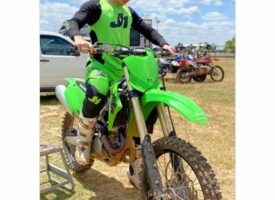 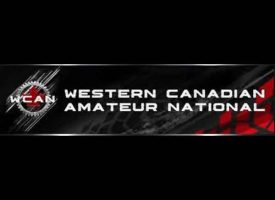 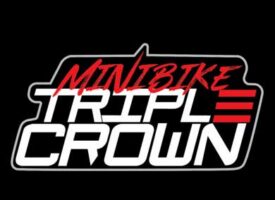 The MiniBike Triple Crown is Coming!