#92 Isabella Morgan was the one to beat in the Women’s class at the FIM North American Championship at Motopark last weekend. She also raced the Supermini class and was in the mix there, too.

She jumped out front in the second Women’s moto and was looking to close out the weekend with another win when she jumped off the side of a tabletop and crashed hard.

She would get herself up and think about getting back in the race, but then it became obvious that all was not good.

They decided to put her on a backboard for precautions and she headed off to the hospital to get checked out. Good thing.

From her dad, David Morgan:

“Bella sustained T7 vertebrae burst fracture. This is her second broken back this season. Prior was T12 and L5 vertebrae wedge fractures. She is up and moving and in great spirits. This injury is season-ending, however, she will be back and ready to rock in 2023.

“In that pick with Bella standing, you can ask Zeb Dennis, Bella was getting ready to finish the moto only one lap down with no clutch lever. Zeb said he would bump start her if she was prepared to remount and finish. She has the nickname “Monsta” for a reason. Lol We are very proud of her and also extremely nervous about her next couple years. She only knows fight till the checkered flag comes out!“ 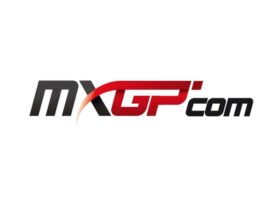 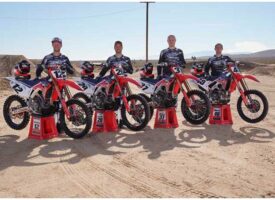 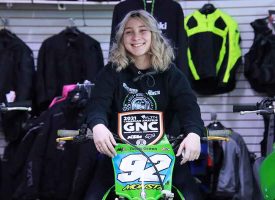