Jess Pettis Heads into Houston for 250 East SX this Saturday

Jess Pettis Heads into Houston for 250 East SX this Saturday

As we are now just a few days from Round 1 of the highly anticipated 2021 Monster Energy AMA Supercross series, we’ll have a couple Canadians to keep an eye on racing the 250 East class.

After dominating the 2020 Canadian 250 MX championships #134 Jess Pettis from Prince George, BC will be racing as well as fellow Canuck #551 Guillaume St Cyr from Quebec.

Pettis will be on his Red Bull Thor KTM Canada SX250F tuned by his trusty mechanic, Matt Deroy.

We spoke with Jess from his winter home near Orlando, Florida, and during the virtual Press Conference Zoom call as he was getting set to make the drive in their KTM Canada Sprinter Van to Houston.

I find the mental aspect of his training at the Baker’s Factory the most intriguing. Jess has always been known as a hard trainer – I’ve witnessed it! – and so the structure and intensity of Aldon Baker‘s program is probably a welcome addition to his routine.

However, the gains he’ll have made riding with former champions and main event winners will give him the mental strength he needs to keep progressing toward the top of the AMA Supercross game.

I asked him this question, straight up, and he was quick to say that he definitely feels more like an insider and it’s a mental edge that should pay off for him.

He knows where he stands in what are often called the “Stopwatch Olympics” at these types of facilities. He didn’t want to give me any specifics but I could tell he was happy with what the numbers were telling him, and that’s a really good sign.

During the conference call, he was asked if he was hoping to draw enough attention down south to maybe someday land a full-time ride in the USA and he said that getting “established in the US” and doing the Motocross and Supercross series is definitely his goal.

Whatever the future holds for the BC rider, it all starts this Saturday at NRG Stadium in Houston, Texas. I know that he’ll have the support of everyone watching on the SX Video Pass from north of the border! Go get ’em, Jess!

Also, while I was talking with him, we decided that the following day would be the best time for us to get our weekly updates from him, so watch for those interviews up on the site after each 250 East round. 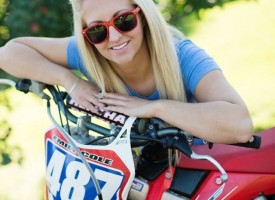 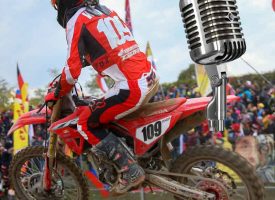 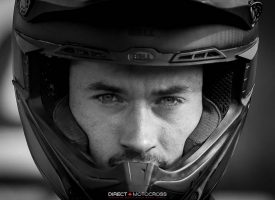