Since it’s Thursday, I thought I’d dust off a memory and see if I can’t make an enjoyable and maybe even informative story out of it. Sometimes, I like to unlock the old racing memories vault and see what I can find. Let’s see how it goes.

As any racer knows, it’s extremely important to get to the races early enough that you can walk the track. Some will get there an entire day early and do it the night before, others will grab a racing friend or two and wander the track on race day morning. Either way, the benefits are well worth the time.

Not only will you learn where the track goes (if it’s your first time there), but visualization is an important part of a racer’s success. You also need to know if the track crew has made any changes and you need to know what actually comes next in every section.

We’ve probably all got stories of that one time we neglected to walk the track and, sure enough, they’d made a change or two and it caught you by surprise. I remember passing for the lead in a race because the dude leading went straight when the track had been changed to go right in a 180 turn. No, I did not let him back by me.

This particular story I found in the vault is from a CMA race at Hully Gully way back in 1986. My dad was a stickler for getting to the races early enough so that I could sign in and walk the track without rushing. He also enjoyed the extra time in the morning to get my bike so clean and shiny that it was almost embarrassing.

I’ve ridden and raced at Hully Gully more times than any other track. Even still, it was imperative that I walked the track in the morning before riders’ meeting. On this particular race day morning, I must have either been by myself or the person I was walking with was also listening to their own music because I had my Sanyo Walkman (No, not Sony) on and cranked pretty loud.

I like punk music and it was my go to as far as music went to get me hyped up for a day of mediocre racing. On this particular day, I had on The Ramones – “End of the Century.” No, it’s not a hard-hitting punk album…hell, it’s not even hard-hitting as far as The Ramones go! Anyway, that was the cassette I had in the player on this morning.

I was a big Ramones fan and remember this album started with the song from their movie – 1979’s Rock and Roll High School – called, “Do You Remember Rock and Roll Radio?” Most of the songs were pretty decent and were fast enough to keep things upbeat and moving nicely.

Well, apparently the racetrack took about 6-and-a-half songs to get around that day because as I walked past the finish line and headed back to the pits, Song #7 “Baby, I love You” started playing. If you’re familiar with this album and this particular song, you know it’s a slow remake of The Ronettes slow, love song.

I got back to the pits and started getting ready for the long day of racing.

When the gate dropped for my first moto, I remember I didn’t get off to a very good start. I was floundering around in about mid-pack with goals of moving forward and still trying for a win. That’s when I realized what was set on “repeat” in my head…

I couldn’t get my ass in gear if my life depended on me. All I could do was keep repeating the chorus of the song which is slow and very un-motivating. “Baaaaaby, I loooove you…” over and over. I just couldn’t make it stop! I don’t know what I was doing on the track, but it wasn’t racing towards the front, I know that for sure.

It was pathetic. I came around to finish the race in a worse position than I had started. I was embarrassed and knew exactly what I had to do. I rushed to my cassette case and dug out something I knew would solve this bout of lethargy that had taken over in moto #1.

If The Sex Pistols – “Never Mind the Bollocks, Here’s the Sex Pistols” won’t get you fired up then I don’t know what will.

In all honesty, I don’t remember how the second moto went, but the fact that I don’t have another going slow memory to go with the first moto that I remember so clearly tells me that things improved. They really had to because they couldn’t have gotten much worse!

The moral of the story is A) always walk the track and B) motocross is not a slow dance – get hyped and stay hyped!

WARNING: Do not listen to this before a race: 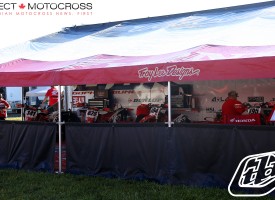 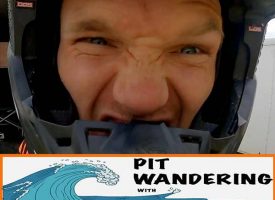